This was my first time working with the Blue Buttero Leather and it’s quite a beautiful material to work with. Compared to the cheaper “craft” leather that I’ve been using previously the Buttero skives easier, cuts easier and burnishes to a very nice edge. I also found that it held it’s shape a lot more when punching holes which sped the stitching process up considerably.

Overall, the piece took me about 3.5h from start to finish to create which isn’t too bad. Ideally, I’d be able to do it in 2h which is probably something for me to aim towards. I’m still waiting for some wing dividers to arrive so I was using the stitching groover again which I’m not the biggest fan of.

Overall, I am happy enough with the piece that I would be comfortable giving it as a gift to some body. It’s not quite at the “professional” level yet, mainly because my ability to cut curves is low. They often come out a little bit ragged, this is the main thing that’s stopping this particular piece from being “sellable”.

I should also look into what kind of branding and makers marks that I’d like to include on these pieces. 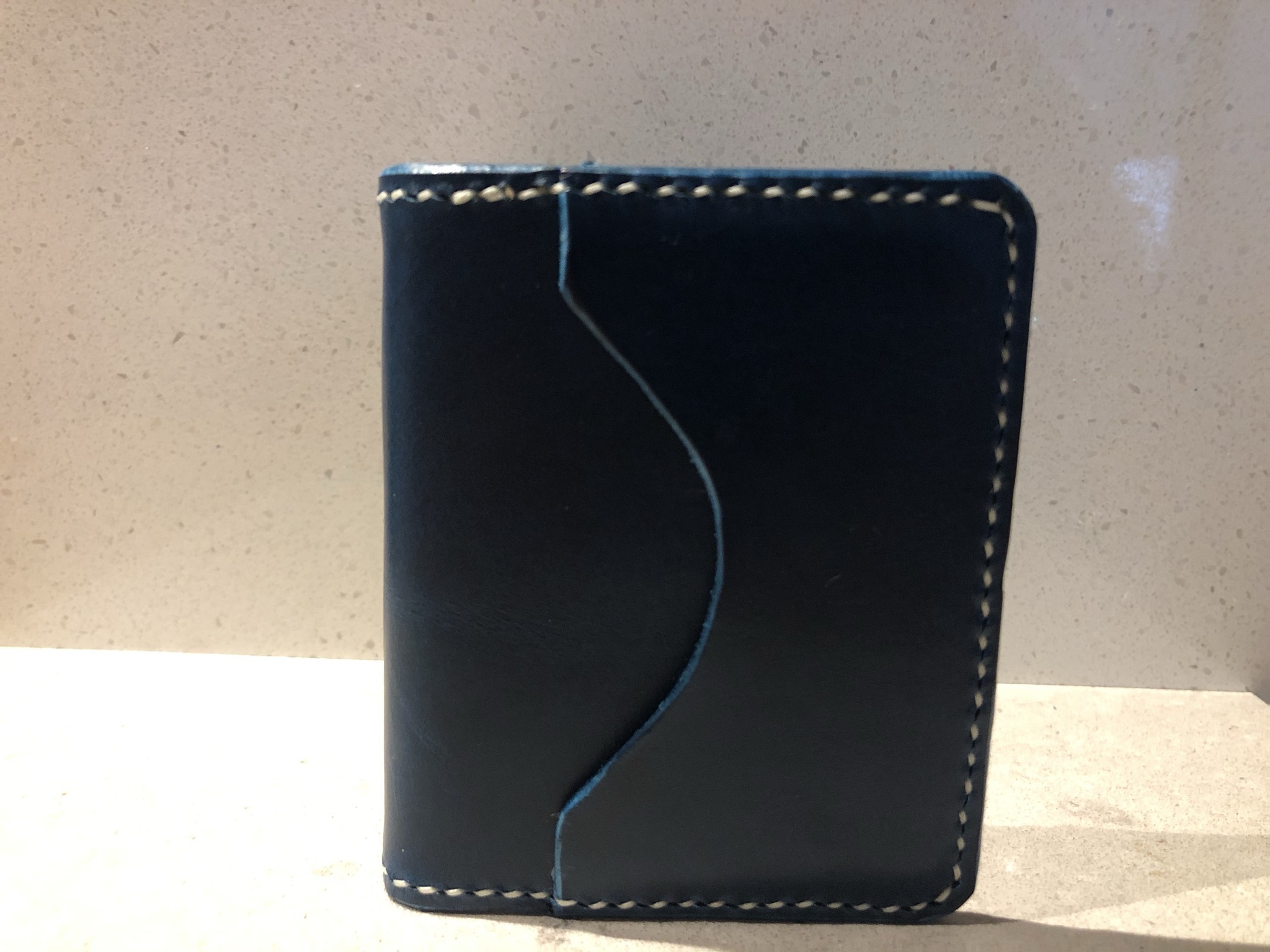 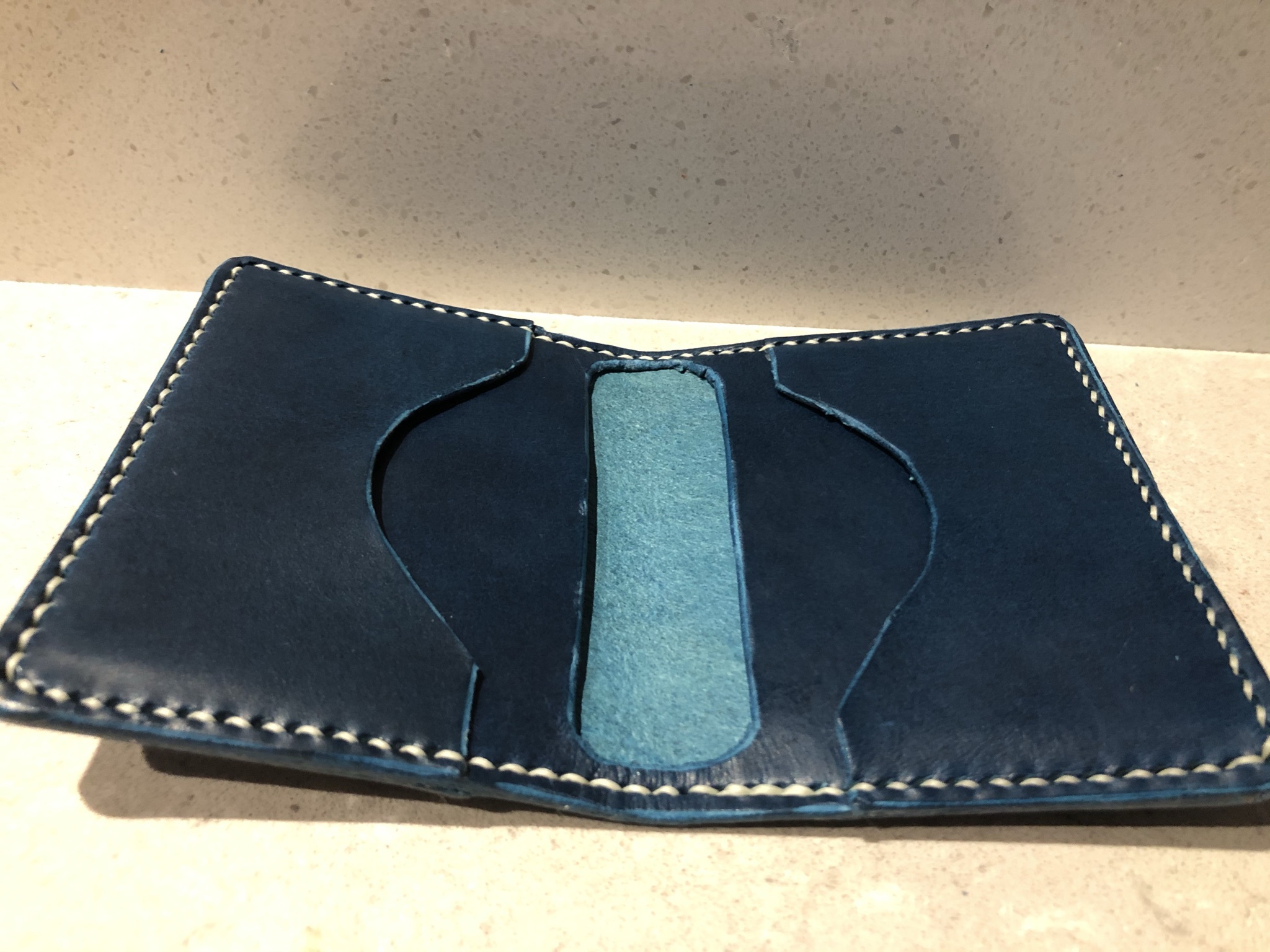 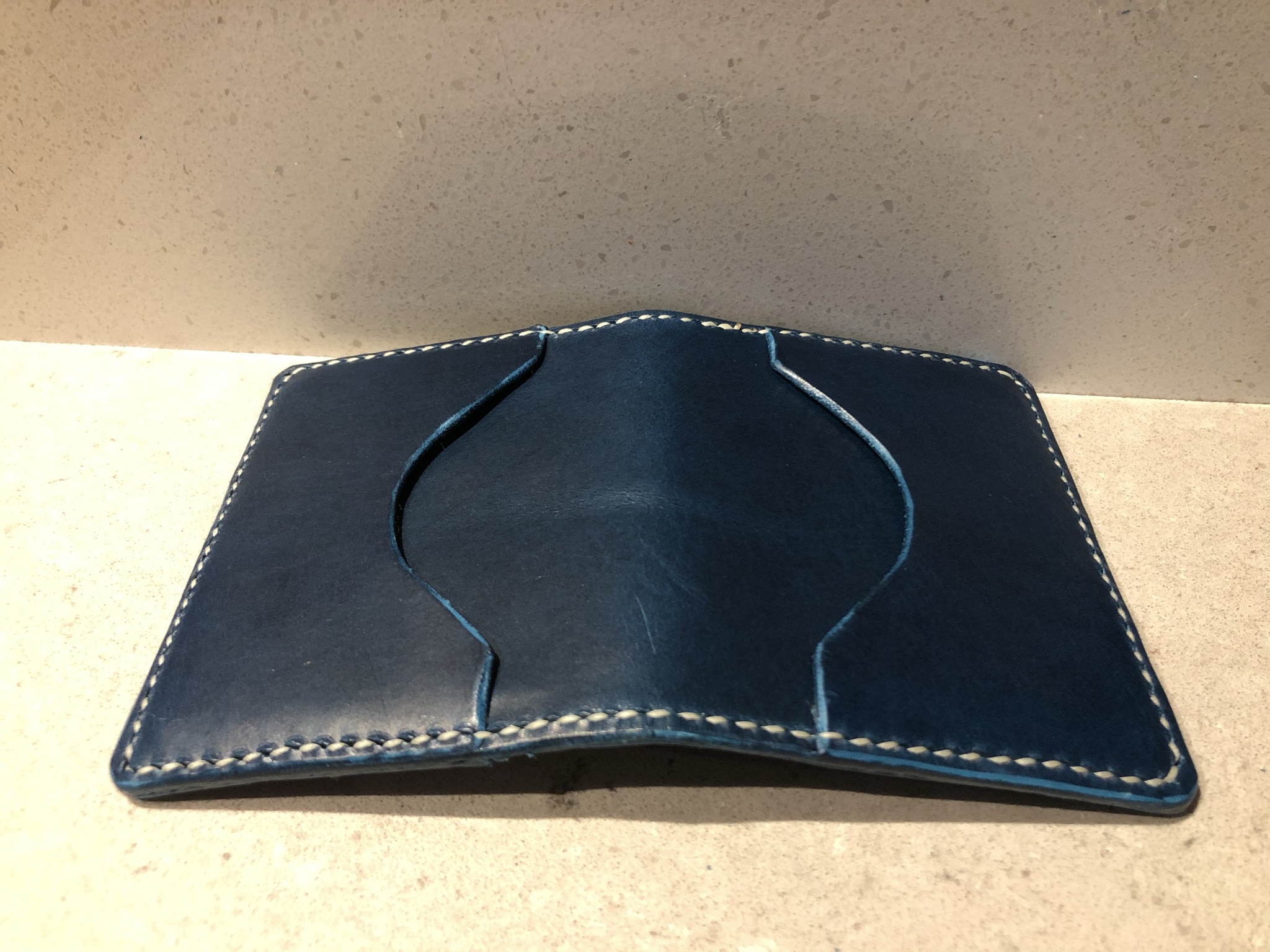 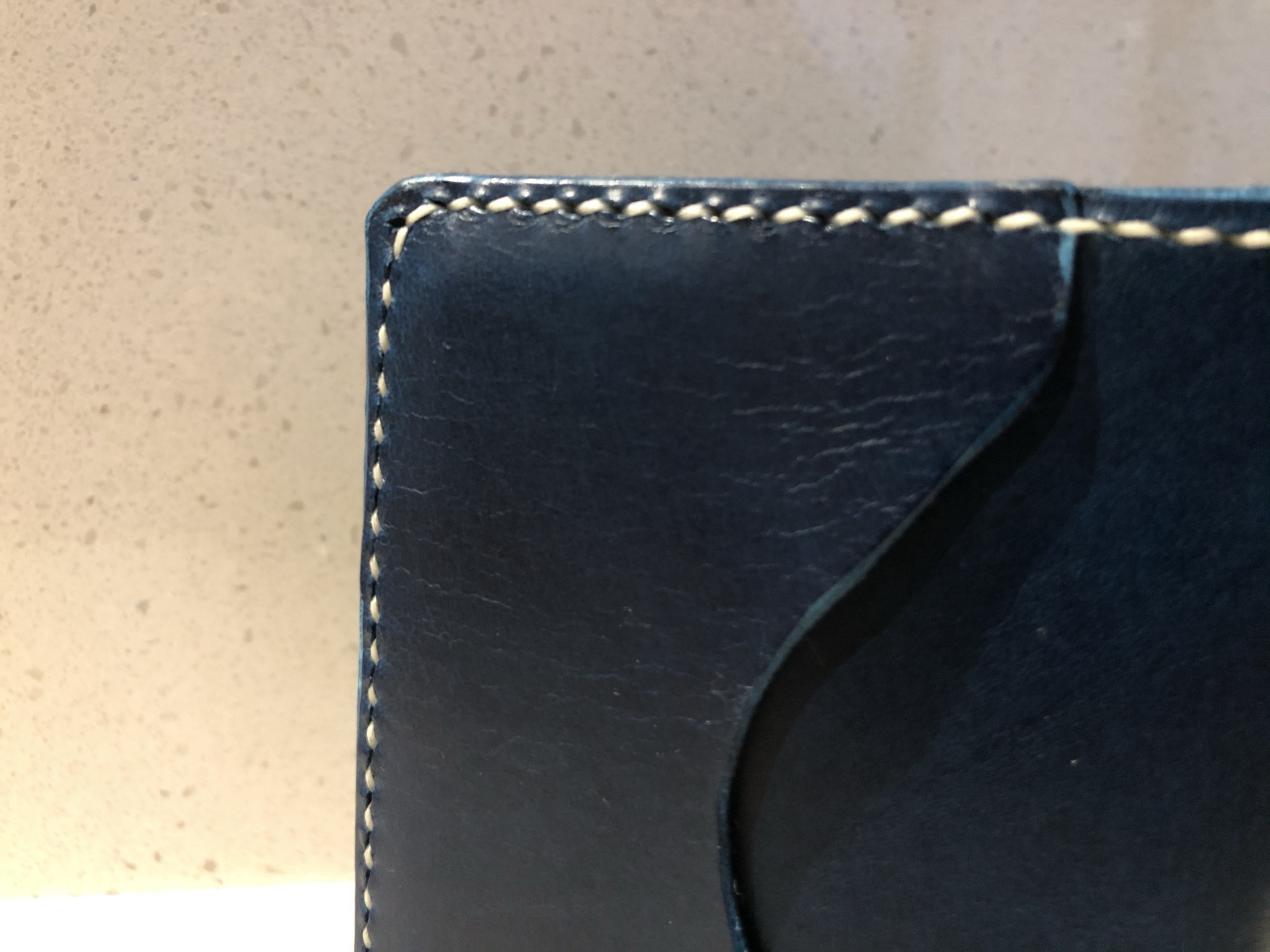