This was my third design that I’ve self drafted and built, definitely the most challenging and complex as compared to a relatively simple wallet. The design brief for myself was relatively simple. Something that I struggle with when reading non-fiction on my kindle is being able to take notes of interesting sections or areas where I’d want to come back to it. I find the highlighting functionality quite clunky to say the least. This is annoying as one of my preferred times to read a kindle is on a flight or other form of public transport where I’m concerned about weight but also have some dead time.

As such, I wanted a design where I could incorporate my Kindle, a notebook as well as a pen into a single piece. The below is what I came up with. The idea is that the notebook will have one of the covers slide inside the case and be held in place and then a pen will go in the loop. This should create a nice little self contained travelling case for myself.

Of course, I only realised once I had finished than in typical leather journals the journal component goes on the right, which is where I’ve placed the kindle itself. Additionally, even if I had moved it there then by opening up the journal while it is held in the case will have the net effect of blocking the kindle or create an awkward backward and forward motion.

As I’ve placed the journal on the left I’ll most likely have to put this in backwards for it to be held in place. I could use it as is, noting it will have the same problem of covering the kindle. Either way, it just doesn’t quite work the way I wanted it to.

I still have a nice looking kindle case that can hold a pen and a notebook. It’s just not as functional as I would have liked it to be. C’est la vie. Lessons learned.

Self designed, kindle holding component was based off the work of Corter Leather. All other elements were my own.

Including designing the pattern this piece took approximately 5-6 hours. There was a lot of stitching and hammering holes. Next purchases definitely relate to this. 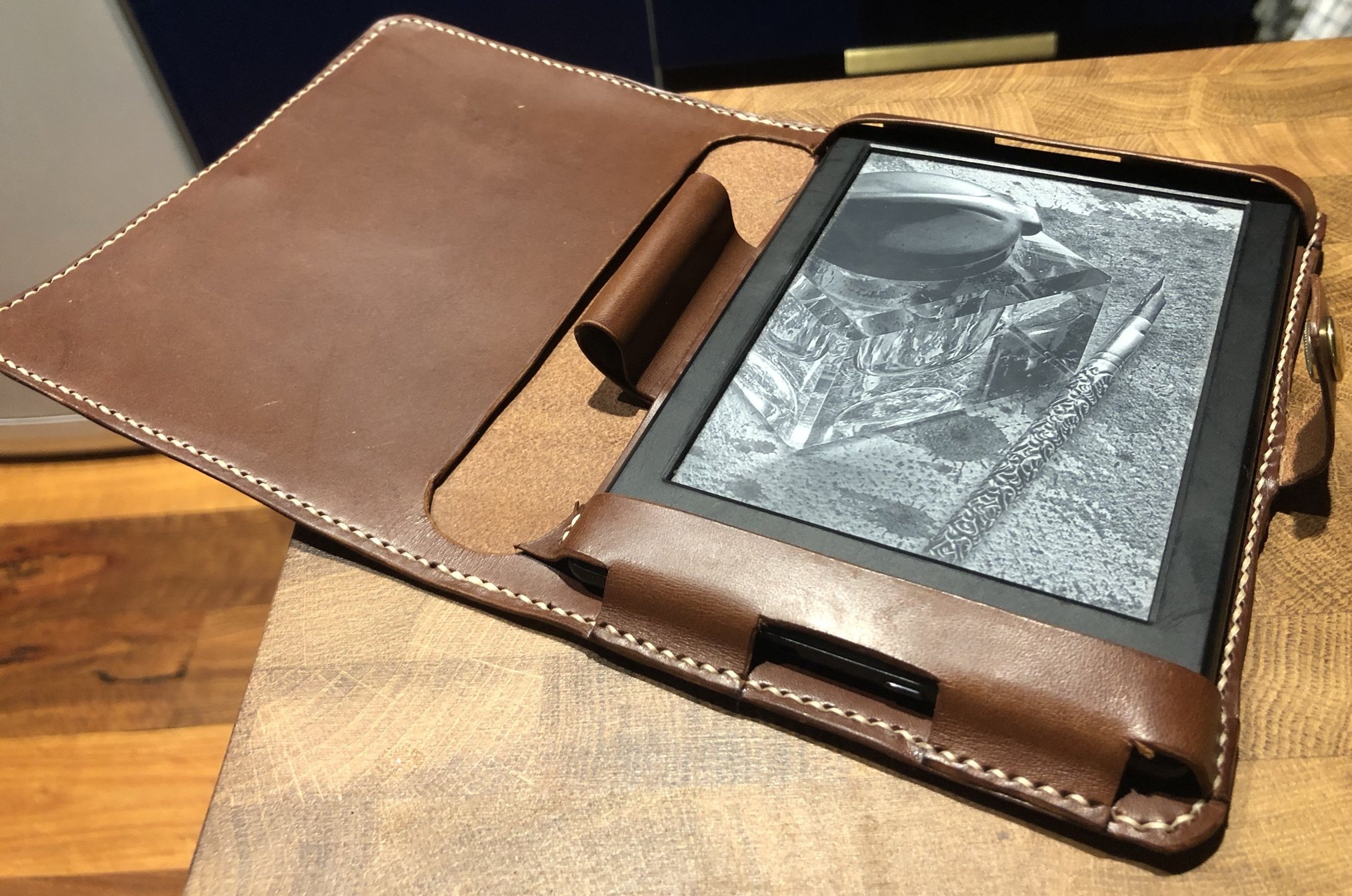 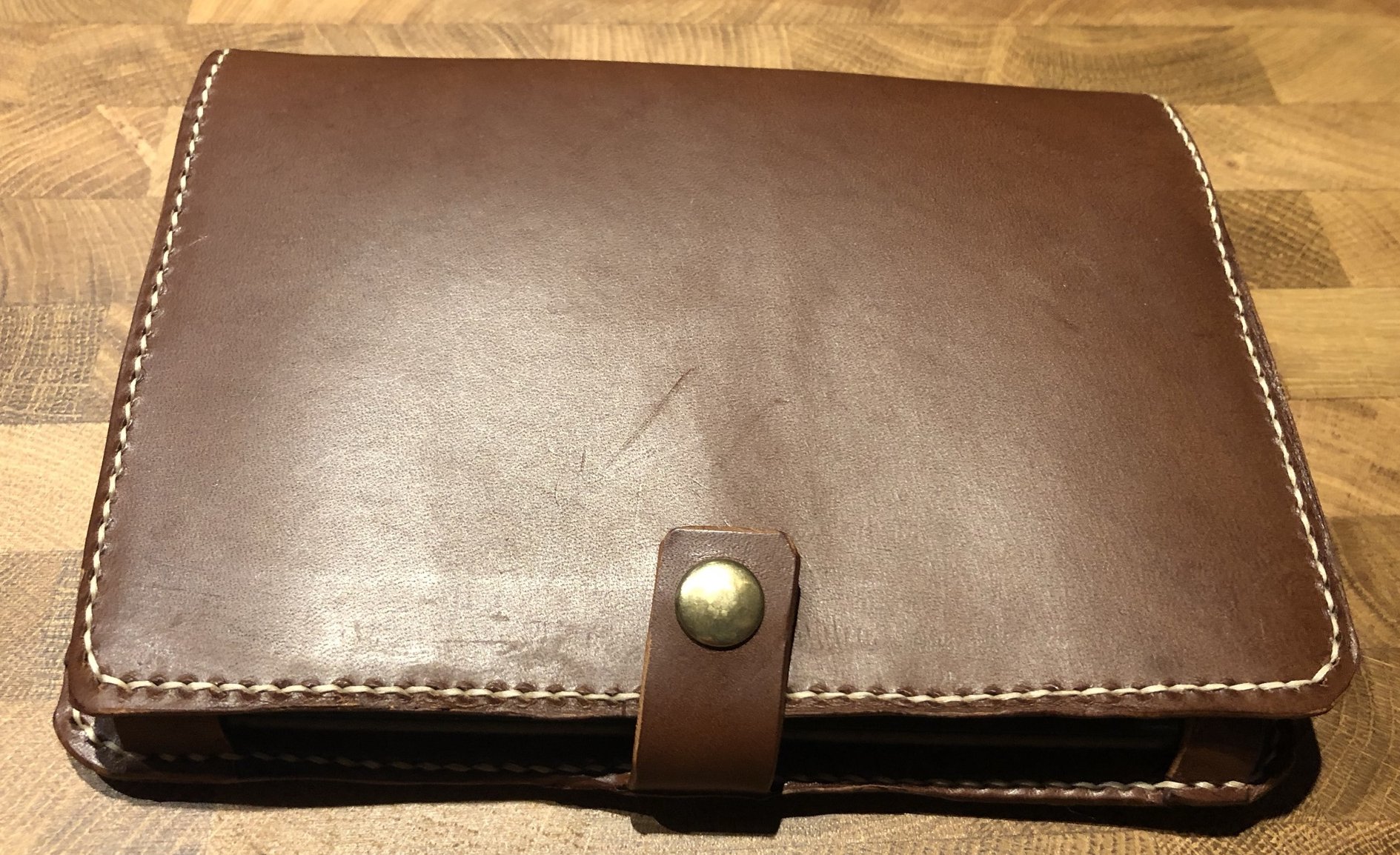 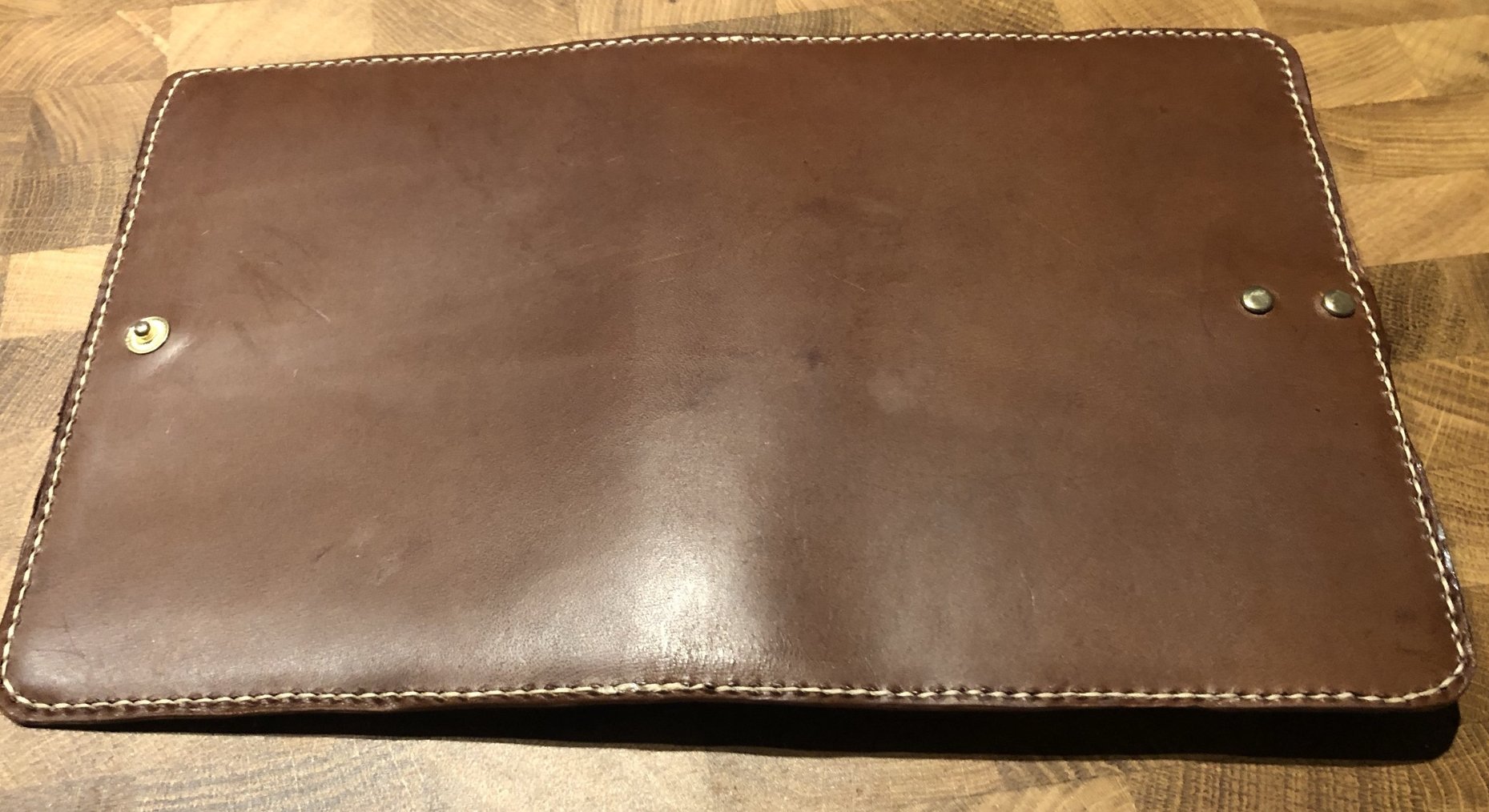